When artists find inspiration in a muse, it’s usually a wife or a lover – but for photographer Matthew Finn it has always been his mother 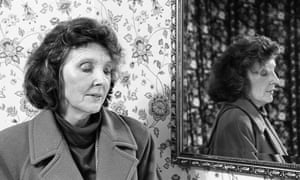 Asked what made him start taking photographs of his mother, Jean, Matthew Finn laughs. “Why? Because she was there! I was about 16 in 1987. I’d just become seriously interested in photography and needed people – things – to take pictures of,” he says. The results of his early experimentation with lighting and composition evolved into an ongoing 30-year relationship between his mother and the camera.

Because most of the work is on film, the chances of failure were high. “But the beauty of doing a body of work like this is that you can revisit things. I might have gone one weekend and maybe it was raining, so the light was poor. So I’d go again. If I was doing it now, it would all be on a digital camera,” he muses.

What is arresting is that there is no sense of wanting to capture Jean at a certain time, to preserve her at her most youthful or beautiful. “In the history of art and literature, it’s always men photographing, filming, painting or writing about their muse, which is usually a woman, wife or lover. It’s very rare that it’s a sibling or a son to his mother or father,” says Finn. “This has been an act of love for me – and, I think, her.”

The pictures are an extraordinary record of a bond between mother and son. They show the intensely mundane, the day-to-day routine of a woman going about her domestic life. Jean, in rubber gloves, answers the telephone. A Boxing Day feast – “always a ham, with pickled onions” – is laid out on the table. Another shows her gazing out of the kitchen window, smoke tendrilling from one of her long menthol cigarettes. The pictures represent a tiny proportion of the thousands that Finn, now an award-winning photographer, has taken over the years, most in black and white and all developed and printed by him.

“Initially, it came from this idea of having a subject and then after a while it became routine,” he says. “After I left home, just like any son, I’d go back – to ask for money, to get a good meal, to get my washing done,” he laughs. “But I’d always have a camera with me and always made photographs of my mother. But I probably didn’t realise then why I was doing it or why it was significant.” 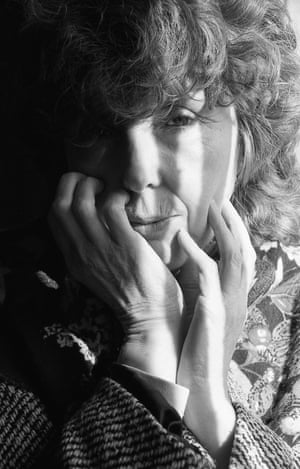 Finn’s upbringing in Leeds in the 70s and 80s was a mixture of fierce conventionality and the startlingly unusual. After she had her son in 1971, Jean, one of four sisters, set up home with her brother, Desmond, who was nine years older than her. Finn says that Jean had travelled to Manchester when he was tiny to “give him away” to another family. “She couldn’t go through with it, so she came home to Desmond. He was a generous and loving man and put his family first.” They lived together – with a very traditional division of domestic roles – until Desmond’s death in 2014. Finn occasionally saw his father, Fred, but never “knew” him. “My uncle was the father figure in my house. He was my surrogate father. He taught me to swim, took me on holiday – everything.” Family life for the three was “utterly normal and comfortable. In some ways, I was spoilt and overprotected, but I now know there were reasons for that.”

Desmond never had a relationship. “There was never any sense that he wanted to branch out. I think he wanted to help his sister and her child.” Finn is visibly emotional talking about a quiet man who never lost his temper, even when his car blew up on the motorway, costing a whopping £12,000 to repair. “He was an unsung hero.”

Despite his father featuring so little in his life physically, Finn says his death in 1994, when Finn was 23, was a “watershed” moment. It was then that his mother revealed that he had been married to several women at the same time and had families dotted around Leeds. “It was a revelation,” he says. “The night before the funeral, she told me – cigarette in hand – that I would meet lots of half-brothers and sisters at the funeral. It was quite a shock, but I was the only one who hadn’t known about any of this. I was the youngest of his many children.”

After the funeral, Finn remembers a night of drunkenness with his new-found half-siblings. “I ended up sleeping on the settee at my half-brother’s family home and then leafing through the photo albums. It was a very strange experience. There was my father, in his car, and another child and another partner. My mother – and I – had been eradicated. This was a parallel life of family domesticity being played out with someone else.”

He recalls how, the next morning, it became bizarrely clear that his half-brother’s mother – one of his father’s other partners – had no idea who he was. “She wasn’t very complimentary to my father or his other women – maybe even my mother. I just decided there was no point in saying anything. I don’t think my mother and I ever spoke about it, either.” That muteness in itself isn’t so strange, he says. “We’re a close family, but we don’t talk about problems – we don’t dwell on things. We’re not physical – we never hugged or kissed at all. I don’t think that was lack of emotion. We were all like that.” 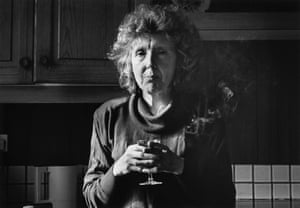 Finn thinks his father’s death was pivotal for another reason. “The pictures of my mother – the ongoing creation of our own kind of family album – became a way for us to communicate without actually talking. It was an immediate way for us to show our love for each other, by committing to that bond. Through the camera, I could tell her I ‘got’ her – that I understood her and why she’d chosen her life.”

Did he not feel betrayed by those secrets, kept from him for so long, while known about by others? “I suppose I could have gone away and been really upset with my mother, or I could have done the opposite – stick with the family and be close. I chose that,” he says.

He shows me one of his favourite pictures – a filmic scene in which Jean stands, upright and glamorous in a coat, ready for a night out with Fred, who would pop back into her life when it suited him, says Finn. She is not looking at the camera, being held from a vantage point on a sofa. You can feel her anticipation. “It’s poignant, because, invariably, he’d not show up. She’d wait. And wait. Eventually she’d go upstairs and get changed. That must have been humiliating for her, having to come back in to her son and brother after being let down like that.”

He wonders if his mother actively chose their path, casting off Fred’s lies and betrayal for a life with her brother, or whether she was the one rejected. “I’ll probably never know the answer – and I’m not sure whether I want to.” 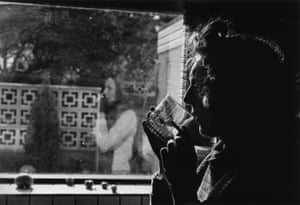 The shot encapsulates how Finn has captured Jean throughout the decades – reportage style with little planning. “At the start, my mother knew nothing about photography, but she very quickly became aware of her best side, the light quality and what I was trying to do,” he says. “Most images are spontaneous. On the whole, she just went about her business and I would follow her about. If the light was good, I might have asked her to hold a pose for a second. Nothing was premeditated. She’s the star of every single photo.”

Some photos show nothing but the remnants of life in the house – an empty room, a marooned vacuum cleaner – because Jean no longer lives there, Desmond has died and the house is sold. The last picture shows her facing the camera, shoulders slumped, lost in thought.

After her brother’s death, Jean’s health deteriorated and she was diagnosed with dementia. Now 80, she needs 24-hour care and is in a nursing home in Leeds, which Finn visits with his wife and their six-year-old son, Sebastian. He takes his camera and continues to capture his mother on film, although his subject no longer knows who he – or anyone else – is. 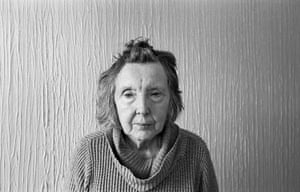 How does he feel about sharing her with the public gaze? “We made a decision that, having made such a large body of work together, it would be silly for it to waste away under my bed,” he says. “It is hard, but the separation between photographer and subject has already happened, through the cruelty of her illness. Ninety per cent of the work was done before her diagnosis – I want the quality of the photography and the collaborative process to be at the forefront of the work. This is not about a woman with dementia. This is about my mother.”

•Mother, “I’ve lived a good life” is at the Franscesca Maffeo Gallery, Leigh on Sea, Essex, until 23 December